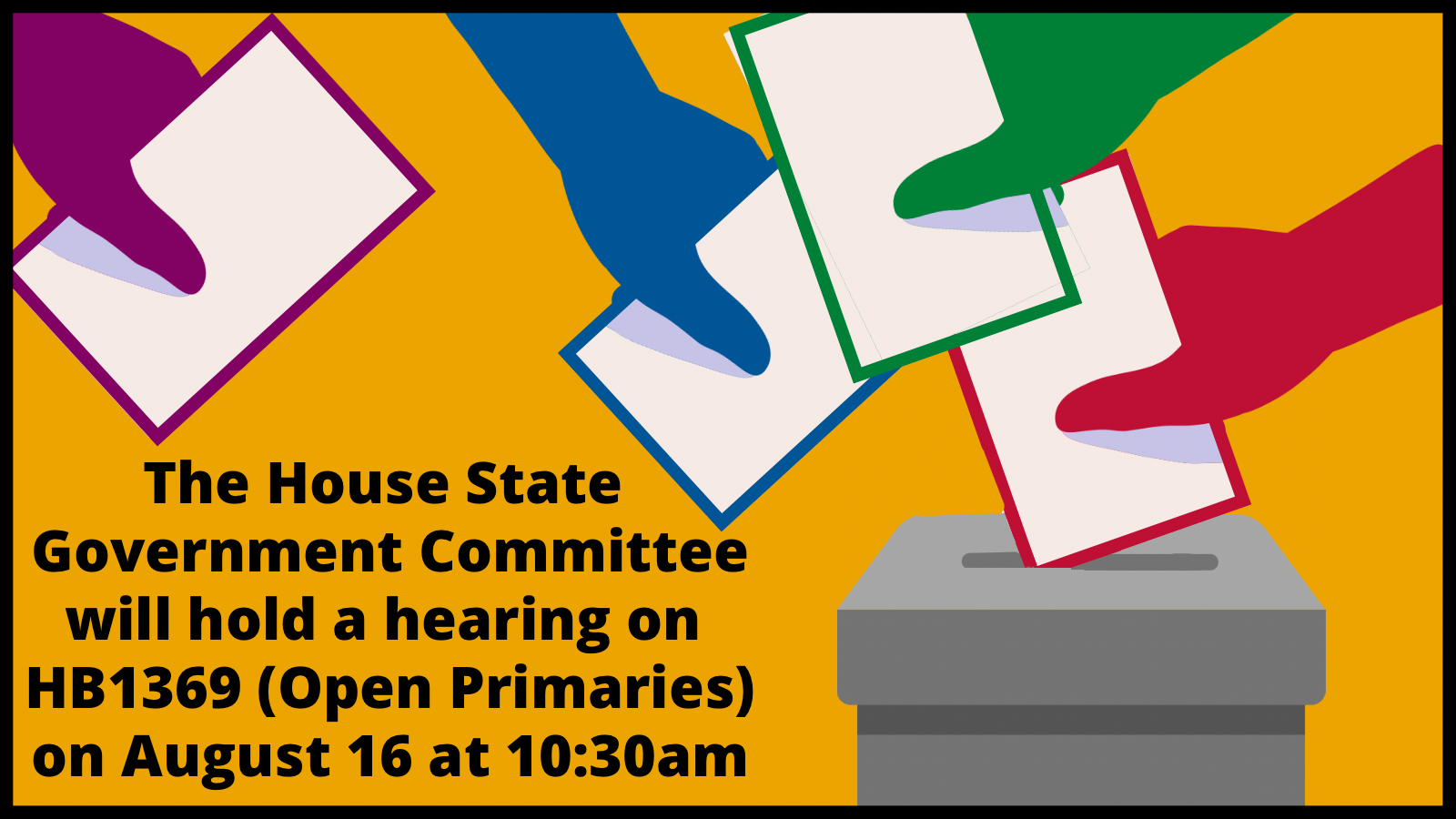 The House State Government Committee will hold a hearing on HB1369 – Open Primaries. This legislation will permit unaffiliated voters to select a Republican or Democratic ballot in the primary.

Iconic One Theme | Powered by Wordpress